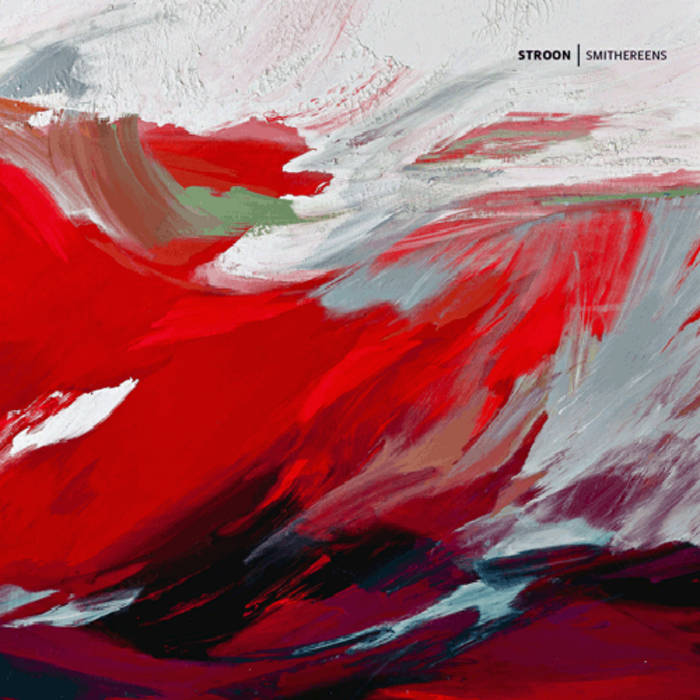 Stroon is one of those who push contemporary East European beat scene to a completely different wavelengths. His debut EP Ruine Noire as well as Molotov Heart Cocktail / Lowitzer SP (Exitab / 2011) showed that it is worth to invest (time) here. Both EPs were marked by a step towards his own trademark-sound. Maybe that's why his last release Alien Choir SP appeared on several interesting blogs accompanying Burial, Lorn, Holy Other...

The current Smithereens EP released as a limited Digipack + USB + surprise shows much of his love for darker, moderately epic yet minimalistic journeys. Emotional collisions are encoded into sophisticated interplay between percussion, synth surfaces and sub-bass driven beats. Inversions and overlaps; for the genre and the overall specification of the EP both fit.

All of the six tracks are accompanied by paintings by Soňa Patúcova, a young Slovak artist. EP was released with the contribution of Red Bull Music Academy (www.redbull.sk/redbullmusicacademy).

written, produced and recorded by stroon, 2011